Are Shingles a Good Choice for San Antonio Roofing Systems? - 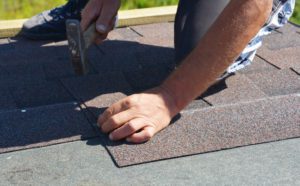 Roofing shingles have been used for hundreds of years, and they are still the most popular type of roofing material currently in use. You can argue the fact that there are many homes and buildings that use flat roofing and roofing tiles as well, but the design of the cheapest and the largest number of roofing systems in the entire country is typically made from classic asphalt shingles.

Would a shingle roof live up to the expectation of the modern homeowner? That question doesn’t have an answer that is as straightforward as one might expect, and this is where many of the issues associated with asphalt shingle roofing come from.

It’s no secret that shingle roofs are less robust than tile roofing designs, and the most widely used materials (typically asphalt) aren’t as durable either. You can expect your typical shingle roof to last an average of about 15-20 years, although modern engineering does allow for upgrades that can increase their lifespan.

For San Antonio, shingles are considered of good use, since they’re affordable and good at keeping out the heat during summer. Most San Antonio homeowners will gladly install an asphalt shingle roof even if they know that they plan on staying much longer than just 20 years in their current homes. Shingle roofing is relatively easy to repair and replace, so when the time comes that you have to call in the professionals at https://ccr-roofing.com/san-antonio, so you don’t have to worry too much about the fate of your roof or the state of your bank account.