Did You Know That Hiring a Cheap Roofer Can Have Severe Consequences? - 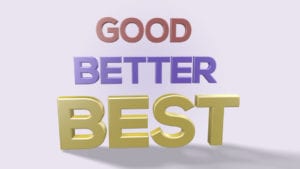 Cheap roofers often go around town knocking from door to door and asking people if they need help with roof repairs. Unfortunately, even though having someone actually approach you for some much needed help with your roof might seem convenient, there might actually be some dire consequences involved with hiring them.

In most cases, these roofers go around looking for work after storms. They prey on people’s sense of urgency by talking fast and promising a lot in exchange for limited money – which is usually a good selling point, since most people don’t have enough to support a lot of repairs on short notice.

The problem is their expertise usually leaves a lot to be desired. Aside from that, they usually don’t have a permit or an insurance policy, and if you have an issue with the roof later on, they won’t be able to give you a warranty that can protect your investment.

As a result, a lot of the repairs that these roofers deal with do present issues, and in the end, homeowners are forced to hire a professional Austin TX roofer to take care of the problem, spending even more than they would have if they’d called on a professional roofing company from the very beginning.