Even a Small Roof Leak Can Lead to Big Problems - 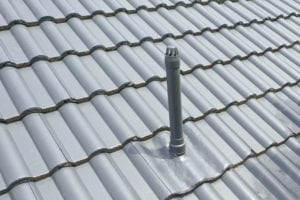 Consider your roof for a moment. How long has it been since you had it inspected by roofers in Austin Texas? Also, how long has it been since you were forced to repair it due to a severe leak? Chances are that, if your roof is somewhat older, you might have had to repair it more frequently in the last few years than in the previous 2-3 decades. The reason is often wear and tear, but it can also be improper maintenance and inspections that are few and far between.

Homeowners will often postpone maintenance tasks and small repairs for the reason that they don’t have enough time or money to get the work done. However, the problem is that smaller leaks get bigger over time. Storms don’t stop, and nature doesn’t hit the Pause button just because we choose to ignore our roof’s calling.

What happens is that, little by little, rainfall erodes the damaged areas and makes holes and damaged areas larger. Gradually, your roof will begin to deteriorate and the volume of water getting through it to your attic and inner walls becomes greater. Also, the interior structure such as the decking and underlayment can suffer greatly, until you are forced to spend tens of thousands of dollars to replace your entire roof and repair the inner elements. Avoid all that hassle, get your roof inspected, and fix that leak sooner to prevent any problems later on.